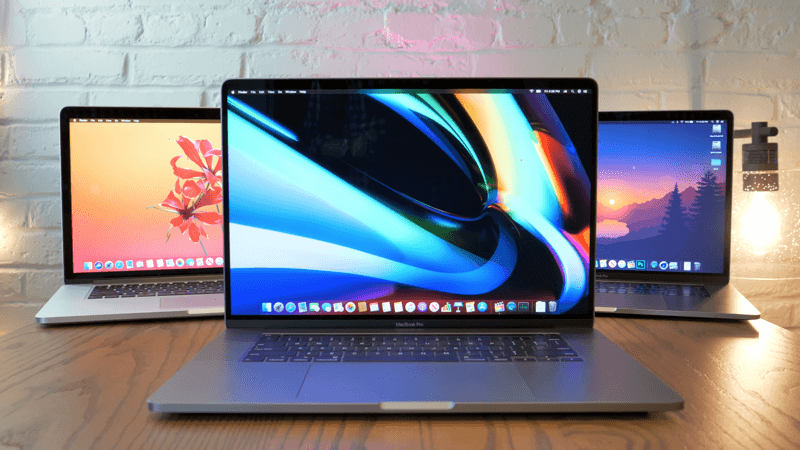 With the introduction of the new 16-inch MacBook Pro, the base model looks better than ever, but is it actually good for Pros?

The new base model 16-inch MacBook Pro looks like a very interesting device for one major reason, the base model MacBook Pro has always been somewhat problematic for me, the 15 inch model has never really been that well rounded in its least expensive configuration, previous models had 2GB of VRAM in 2016 and 2017, that was like not quite enough. Even in 2018 and 2019, when the base models had 4GB of VRAM, the default graphics options were really lackluster, they weren’t that powerful and you had to step it up to the higher tier and even up to the Vega graphics if you wanted to get good performance in the graphics department. Also up until this version the base 15-inch MacBook Pro will always come with 256GB of storage which is just not enough. However, the 16-inch MacBook Pro looks a lot more promising, let’s talk about the specs of this model.

This is the least expensive version that you can configure, it comes with a 2.6GHz core i7, 16GB of RAM, it comes with Radeon Pro 5300M graphics and a half TB SSD. They doubled the storage on the standard configurations 512GB and a TB whereas before it was 256GB and 512GB, that’s fantastic. It essentially means that this computer is $200 cheaper because you used to have to pay 200 bucks to upgrade to 512GB of storage, which is like a must-have thing, if you’re any sort of a pro.

The 16-inch MacBook Pro is a little bit thicker, a little bit bigger in terms of footprint and a little bit heavier than the previous 15 inch models. What we have here is evidence that Apple can actually listen to their customers, they’ve ditched the butterfly keyboard, fantastic! Much better graphics options, fantastic! Thinner bezels and a larger display, fantastic! However, what I want to know with this review, is this base model actually good as a pro notebook?

This thing costs $2,400 dollars if you buy it from Apple, however there are numerous ways already even though it’s only been out for a few days. To get this thing for less, if you’re a student, you can get it for $2,025 from Apple with the student discount, you can also find this thing on Amazon and Best Buy, a bunch of sites are already discounting it by about a hundred dollars, tentatively we’re gonna call this thing $2,200 ~ $2,400 dollars and evaluated on that basis, but I also want to evaluate this thing, given that most people aren’t going to be upgrading from the 2019 Macbook Pro, most people that are actually looking to buy one of these new computers are probably coming from something a little bit older, we’re going to compare this to a range of older used MacBooks, just to give it some extra context.

That is interesting, the below one is a pre touch bar retina MacBook Pro, this one’s from late 2013, we’ll be comparing it, don’t worry. It’s almost exactly the same size, so if you’re coming from one of these retinas, and a lot of people are, a lot of people that are looking at this computer are specifically looking at it because they avoided the butterfly keyboard and they are holding on to their retinas, when you’re comparing these generations here, they’re almost exactly the same size, so they increased thickness the increased footprint and the increased weight aren’t going to be a huge deal. But enough chitchat, let’s talk performance.

To start, I tested deep Geekbench 4, this is the same core i7 that you’ll find in the old 15-inch MacBook Pro and predictably it scored almost exactly the same at 22356 in the multi-core test, where we start to see the benefits of the new thermal architecture is over in Cinebench r20, because we’re running the CPU at full load the MacBook is forced to deal with the heat more than it is in Geekbench.

When the test starts you can see the temps start to rise into the 90 degrees celsius range, and then the fans kick in to start cooling the device. Once again, Apples fan curve disappointingly waits until the temps are in the mid-90s to even begin ramping up the fans, and even then, it won’t bother trying to get it below 90°C which is frustrating. Despite that, the device is able to stay under the t-junction of a hundred degrees celsius while running at a substantial all core boost clock of 3.5GHz, a very strong showing.

As a result of the better cooling leading to better sustained clock speeds, we do see a noticeable improvement in score compared to the 15-inch MacBook Pro with this exact same processor, where things really go bananas is in graphics and honestly I’m really glad about that because graphics have been a weak point of the MacBook Pro for quite a while now.

Unigine Heaven shows just how much better the new rDNA graphics are, take a look at this comparison, we’re creaming the Vega 20 in this test, that is absolutely nuts. The base graphics in this new MacBook Pro are now more powerful than the highest end graphics that used to be an extra 350 dollars on top of the higher-end $2,800 model. In order to get even close to this graphics performance on the previous 15-inch, you needed to spend at least $3,150. This is fantastic news for rendering compute tasks, animations and yes, people who use their Macs for games.

These devices are fantastic when compared to the 2019 Macbook Pro, but they’re even better when compared to older retinas. I know plenty of people who were holding out with their older 2013 ~ 2015 retina MacBook Pros, and make no mistake, those are very capable devices, but switching to the new 16 inch is going to be massive in terms of performance gains.

The Cinebench scores are pretty much double from a mid-2015 MacBook Pro and the Unigine Heaven scores are astronomically better we’re talking about a 5 to 6 fold increase, that’s massive.

But what about something more practical like video editing, I copied all 85GB of the Final Cut project onto my 2018 Macbook Pro with Vega 20 graphics, as well as on to my late 2013 15-inch MacBook Pro. The test is simple, export the 4k 30 project in pro res, and measure how long each one takes.

Predictably, the late 2013 was the slowest coming in at 2 min 38 sec, the Vega 20 MacBook Pro took just 1 min 38 sec and the 16 inch took the crown at 1 min 25 sec, it’s not a huge increase in speed, but let me remind you that the Vega 20 MacBook here was $3,150 when it was new just a year ago, and we beat it with the new machine that’s $750 less. In Final Cut Pro, the 16 inch MacBook is a screamer, I had no issues with the lagging or dropped frames, it was the smoothest experience I’ve ever had on a MacBook.

When I made my video on the Vega 20 MacBook Pro a few weeks ago, I discussed how it was fine once I waited for things to render, but here, I really didn’t have to. The Vega 20 MacBook Pro definitely started to lag and stutter a little bit if things hadn’t rendered all the way through, whereas with the 16 inch MacBook Pro, none of that, I was able to fly through a project, leaving most of it unrendered without dropping frames.

Setting aside the significant performance gains when compared to older retina MacBooks, some of the reasons why people didn’t upgrade from those older machines were because the keyboards were hideously unreliable on the touch bar models, and also the thermals was so bad, they were basically just buying a flat top grill.

Fortunately, both of those issues have been resolved, the keyboard on the 16 inch is simply magnificent, it’s the perfect combination between the tactile clicky feel of the butterfly mechanism and the reliability and larger key travel of the scissor switch, it just feels better in every single way. In fact, if I compared the new magic keyboard with the butterfly and the original scissor switch, I have to say the new one is the best, even better than the old retina MacBook Pros, that’s impressive.

And also fun fact, the touch ID button is a matte finish now, it’s not glossy like it was before, so it doesn’t attract fingerprints.

This is actually crazy but this is the first time I’ve ever been able to comfortably recommend the base model of the larger Macbook Pro. In the past, used or new, I would advise people to stay away from base models because they just weren’t as well rounded, the older ones had integrated graphics, the newer ones had 2GB of VRAM for some reason, or 256GB SSDs, they just had something that I was like, No, just don’t buy it, go for the upgraded one. But that’s not the case here, this is an actual pro machine and it’s so good to see Apple finally listening and putting a good value into their entry-level model.

That does it for today, I hope you guys enjoyed and I’ll see you in the next review.

I make videos about computers that people watch. You should watch them also.