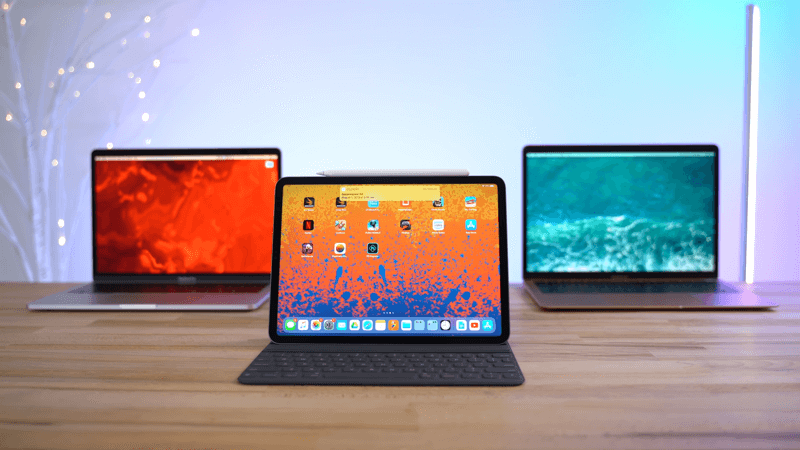 “…and we call it the IPad. And what this device does is extraordinary. It’s unbelievably great, way better than a laptop.” - Steve Jobs

Steve Jobs said those words 9 years ago when he introduced the original iPad, but for the past 9 years iPads have always been limited and you could do so much more with a laptop.

However, in 2019, Steve Jobs’ statement is finally coming true. The extremely powerful and capable iPad Pro is finally equipped with a USB-C port, and with the upcoming release of iPadOS, Apple’s brand new operating system that’s exclusively for iPads, adding lots of computer-like functionality. The iPad Pro packs a ton of performance and in some ways, offers even more than you can get with a MacBook.

We currently have a couple of options when looking for a lower-end premium Apple computer:

And this year’s base MacBook Pro is really great value for the cash, you can read more in our recent post: Which MacBook is Right For You in 2019?

Even if you go all out and load up the larger 12.9” model with 256GB of storage, plus Apple’s new and improved smart keyboard, and the 2nd generation Apple Pencil, it still comes out cheaper than the 13” MacBook Pro with a matching 256GB of storage.

The iPad Pro is about to get even more powerful with a new A13X mobile chip expected in the iPad Pro update coming this fall. Yes, iPad Pro have only 4GB of RAM compared to 8GB (16GB for an extra $200) on those lower-end MacBooks. However, the iOS has always been optimized for low amounts of RAM and every app out there still works flawlessly.

Perks of the MacBook:

The iPad Pro is the only iPad that comes with 2 speakers on each side so you get true stereo sound.

Perks of the iPad Pro:

The iPad is basically going to become the new standard computer for students.

For People who just need a basic computer for common tasks:

There are people who absolutely need a Mac for high-end video or photo editing, programming in Xcode, and audio production in Logic Pro.

However, for people who only do basic computer tasks like browsing the web, typing up documents, transferring and storing files, using apps and playing games, the iPad Pro is going to do them well.

For people that might not be very familiar with technology, an iPad Pro feels natural to them. The touch UI is simple and more importantly, it’s very familiar because it’s the same as they’re used to on their iPhone.

The majority of people have no idea that with the new iPadOS, an iPad can now finally replace a laptop.

The Top 5 Bluetooth Headphones Under $100

Honest informative tech videos for the everyone!