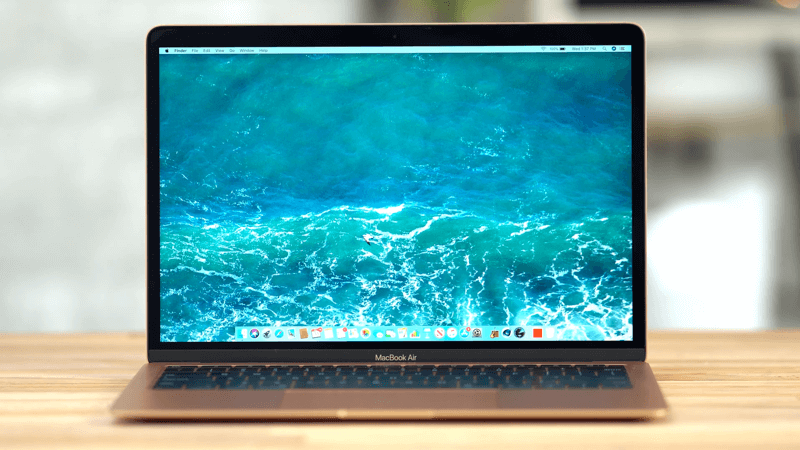 We’ve been using Apple’s new 2019 MacBook Air for about a week now, we can say that it basically feels the same as the last year’s model. But a few things have changed that might impact your buying decision…

If you’ve seen our recent “Which MacBook should you buy in 2019?”, you probably already know that the new base 13” MacBook Pro is much faster than the MacBook Air and offering basically twice as much performance per dollar. In the case that you really want the most performance you can get, you should obviously buy the MacBook Pro instead.

What if you don’t really care that much about performance? What if you value other things like battery life, typing experience and saving a couple of hundred dollars? That’s the case for people who just need a basic, reliable and premium laptop such as students, writers or programmers.

We also release a brand new video talking about how it actually makes sense for some people to buy an iPad Pro over a MacBook Air.

1.6GHz Dual-Core Processor with Turbo Boost up to 3.6GHz

If you’re digging the traditional laptop feel and you need macOS, the MacBook Air still makes a lot of sense to buy, despite being the only MacBook in Apple’s 2019 lineup with a dual-core processor. In the real world, unless you’re doing power-demanding productivity tasks, the MacBook Air is still fast enough for a lot of people.

On the plus side, the MacBook Air does get True Tone technology this year, a feature that automatically adjusts the white balance of the display to match the environment you’re in. This is a really great feature, especially for people who spend a lot of time typing on their MacBook.

Speaking of typing, the MacBook Air is the best you can get this year. The keyboard actually sloped downward towards the front edge, which makes typing a lot more comfortable than the flat straight-edged MacBook Pro.

Now, Apple’s butterfly keyboard is still equipped on this MacBook Air which is known for having dead or stuck key issues. We actually don’t think it’s a major deal for a few reasons:

The MacBook Air is the only new MacBook that comes with function keys, if you don’t like the touch bar you should go with the Macbook Air instead.

The MacBook Air is equipped with a Touch ID sensor which is really convenient for logging in.

The trackpad is a bit smaller than the one on the Pro, but it’s still the same industry-leading force touch trackpad and it’s seriously the best trackpad you can get.

If you value battery life, the MacBook Air gets the best battery life out of any MacBook. PCMag showed that it ran for 20 hours in their battery life test, that’s about an hour and a half longer than the MacBook Pro, and completely wiping the floor with other popular Windows laptops.

We tested the speaker various times. They’re not as bassy as the MacBook Pro’s speakers, but they’re actually great especially compared to most Windows laptops.

Here’s where the bad news comes in. The storage speeds of the 2019 MacBook Air are quite a bit slower compared to both 2017 & 2018’s SSDs, even the 512GB model was limited to around 1300 Mbps read and write. Now is this a big deal? Actually, I don’t think so. They’re still just as fast or faster than most Windows laptops, and for common people like students, writers, programmers, the speeds are actually fast enough. You only need faster storage speeds for working with productivity apps like photoshop, Lightroom and Final Cut Pro.

Overall, this is a great laptop and probably the best choice if you don’t need the extra performance and would like to save a couple of hundred dollars.

Honest informative tech videos for the everyone!