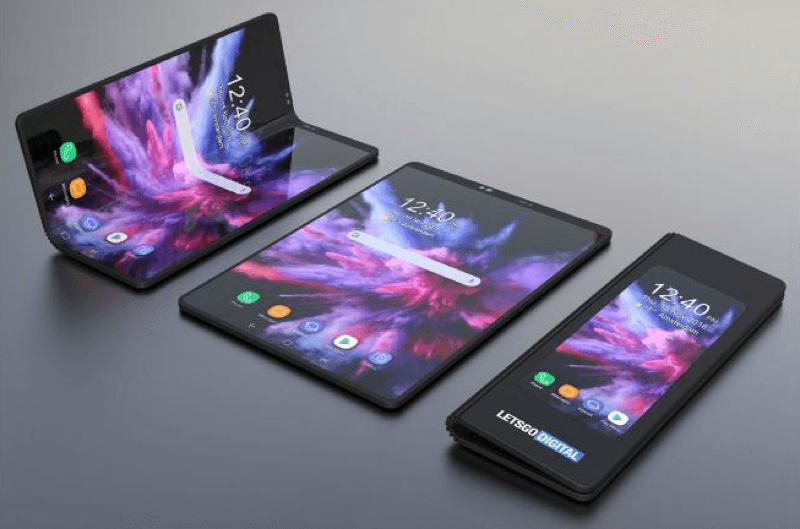 So you’ve watched a whole bunch of iPhone 11 videos and you’re seeing all the cool innovation that Apple brought this year.

It’s all very exciting stuff, but can your iPhone 11 do this?

The “fixed” version of Galaxy Fold:

This is going to be a conversation about the whole idea of foldable phones. I’ve used this for a week at this point and there’s some stuff I want to share with you.

Let’s Start With The Crease…

When I first played with this device with Lewis from Unbox therapy, I remember being really tunnel-visioned on the crease. I think media at that point had really brought attention to the fact that there was a crease on the Galaxy Fold. However, this time around because I expected the crease to be there, it wasn’t nearly as noticeable for me anymore. Some people may still focus on the crease, but most people will just learn to ignore it.

I do think that it will be very difficult for Samsung’s marketing and sales team to convince people that this crease isn’t a big issue. Because for the first time you see this, your brain just thinks: “There’s no way you’re going to ignore that.”

I Want To Talk About Usability…

This is probably the most important discussion to be had about folding phones.

The sore spot of this device is the fact that it is a $2000 smartphone. To be honest, I feel like Samsung have to price it at this ridiculous price point right now. No self-respecting company would make this crazy innovative stuff and sell it for anything less than that. They want to keep this device as a high margin product, this $2000 phone is meant for someone who can easily and comfortably drop $2000 on a phone this year and then just replace it next year with another $2000 phone. That’s who this phone is for, not for us…

The current smartphone market right now is just filled with stale options. We have bigger notches here, smaller notches there, an extra camera here, it’s all minutia. I think for a company like Samsung to make something that’s truly innovative, something that’s fundamentally different from everything else out there is cool.

Yes, this is far from perfect. I think the average user would not enjoy this phone in its current state regardless of its price tag. But this is just step one. Quite often I feel like people want to see this fail, people want to see Samsung crash and burn on a product like this. Are you kidding me? You want this thing to crush it. You want it to be super successful so that we can get a $500 version of this in a few years.

But if this was $500 would you buy it? If foldable phones were the same price as regular phones, would you actually prefer this over regular phones that are lighter and easier to hold? I’m curious what’s you think.