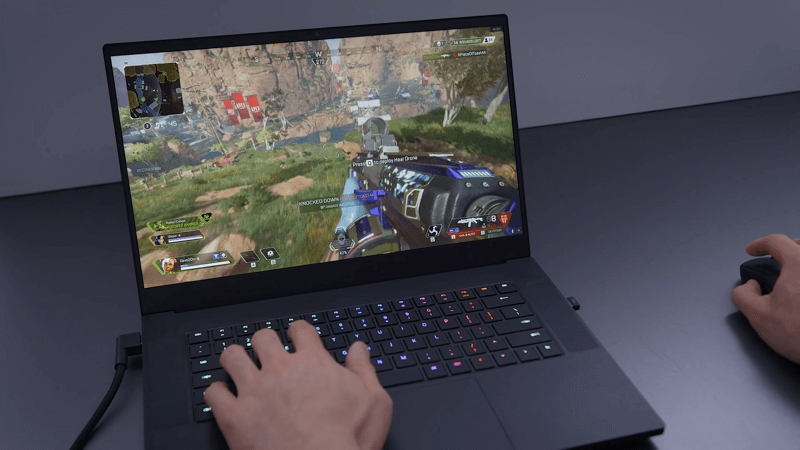 Last year, I crowned the new 15-inch Razer Blade as being one of the best gaming laptops you can get in that premium segment. It’s been updated this year with some new RTX hardware and other nice features.

Older generations of Razer Blades have often had issues with thermals. The company is very focused on making the devices thin and nice looking, which makes it harder to cool down properly. I was worried that the new RTX GPUs will run a little bit hotter, but actually, even their top of the line 2080 Max-Q runs at acceptable temperatures.

Performance on this GPU is great. It’s pushing an incredibly high frame rate, especially for a thin and light laptop.

When it comes to video production, the RTX 2080 Max-Q doesn’t give much of performance increase over the GTX 1070 Max-Q. As it currently stands, I wouldn’t pick up the RTX devices just for video productions. They’re definitely more gaming-oriented.

Should you get the new 2019 Razer Blade?

I recently told people not to buy the RTX gaming laptops right now, because I feel for most of the market this is just not a good value compared to 10 series devices that are available at a relatively cheaper price. The same message holds true for the Razer Blade, but there’s a little bit of adjustment when it comes to this particular device.

The configurations of the Razer Blade are currently quite expensive, particularly the 2080 Max-Q. However, I think the RTX 2060 device is the best value for most gamers. The RTX 2060 has pretty decent performance even compared to the 2070 Max-Q. For most people that I know play their games at lower quality graphics just to maximize frame rates. Personally, I think the 1080p 15-inch screen doesn’t look that different to me in terms of gameplay. I feel like in our current market, with the 1080p screens and games not taking massive advantage of RTX’s ray tracing capabilities, most people shouldn’t be picking up the RTX 2070 and 2080 Max-Q. The RTX 2060 and 1070 Max-Q is a solid option if you want to get a Razer Blade.

A note on the screens…

If you’ve followed CES earlier this year, Razer showcase two new screen options that they could potentially bring in to these devices:

The current 144 Hertz screens are fantastic for gaming and even for myself that requires a little bit of color accuracy on my screen, it’s good enough for video editing. Basically, 2019 razer blade is a solid device and very expensive device but just make sure you’re picking the right GPU for your needs.