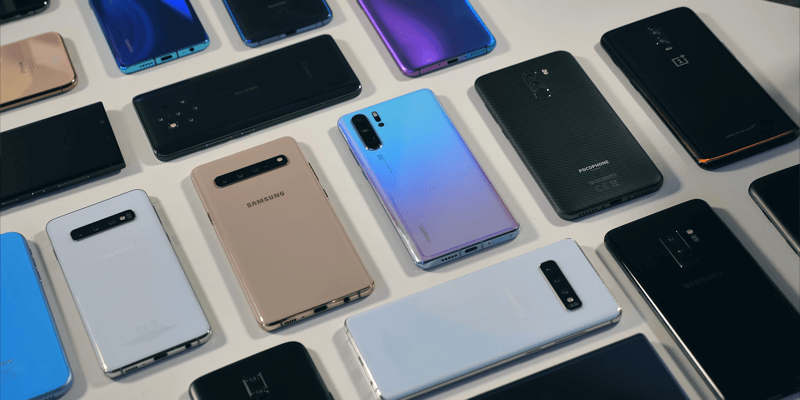 The 5 Smartphones That You Probably Shouldn’t Buy…

This is not a bad phone, but the Mate 20 Pro is just as powerful with a bigger battery, charges faster, a higher resolution screen, and more secure 3d face unlocking. This means for not much more money, the Mate 20 Pro from last year is a better deal.

This phone has an ultra wide Cinema style display, but for most content the screen space is not being used very efficiently. The battery life is not in line with the 6.5 inch 4k display, it’s going to die fast.

Its headline features are pretty gimmicky, and while it is an all-rounded solidly spec phone you can do better for the money.

There is a market for this phone, it’s just very niche. They’ve built a device that runs on Android but the screen is too small to take advantage of it. The main selling point is the physical keyboard, which will appeal to a very specific kind of consumer but the vast majority now would benefit more from a virtual keyboard.

Unless you need the S Pen, the Galaxy S10 Plus improves in so many ways that it’s tough to recommend the Galaxy Note 9. If you want a cheaper Samsung alternative, then the Galaxy S9 Plus is cheaper and inherently much better value.

This is a flawed phone. Its using the last generation chipset, its camera takes ages to process shots, and there’s chunky bezels around the display. However, it is the phone I find myself reaching for when taking a lot of landscape shots. Its penta camera setup is intriguing, I was almost excited by how the end image could turn out. So far with the regular software updates, my experience has improved over time.

It is a powerful phone with a very impressive camera. However, it becomes hard to justify spending over $700 on a phone with a screen like this when alternatives are better than ever. iPhone 11 has released, see if it is works for you.

I was super impressed by this phone. It looks distinguished, comes with a powerful chip, a 48 megapixel camera, and the price comes in below most flagships. The only real downside is the time-of-flight(ToF) camera on the back, which is not as useful as telephoto or ultra wide lenses.

The iPhone XS is an impressive phone with its slimmer bezels and higher quality display, and it’s also one of the fastest phones out there.

I would honestly say if you can cope with the larger dimensions here, this is the better buy compared to the iPhone XS. The larger screen is better for films and TV, and the phone also lasts 10% - 15% longer on a charge.

This phone has one of the most powerful camera software that allows you to do things that would have been considered black magic a few years ago. It’s also tough to wean yourself off these slick animations and the simple aesthetic on Google’s software.

This is a budget phone with shockingly little compromise. Although it’s not quite as cutting edge as it was when it originally launched.

This is a blissfully slick experience for half the price of a top-end phone. The software is clean and bloat free, and your whole experience just feels light. However, the OnePlus 6 might be a better buy because it’s the same chip, same performance, and it’s slimmer and lighter for a less price.

All you need to do is take a look at the phone’s spec sheet, you will see that it’s very much ahead of the curve. Especially in terms of battery and charging speed, and the camera is also a lot of fun to use.

This is a budget phone with very little to complain about. It’s using the brand new Snapdragon 675 chip, with a 4,000 mAh battery, and a 48 megapixel camera.

The Galaxy S10 is targeted as a premium offering that’s larger with more cameras, a curved display, and a bigger battery.

The Galaxy S10e still has the stereo speakers and the display quality of the Galaxy S10. However, they’ve made sensible compromises like switching the ultrasonic in-display fingerprint scanner to a side mounted one.

This is basically the cheapest full-scale 2019 flagship you can buy right now. Aside from a slightly underwhelming battery, this phone blew me away. For under $500, you get a Snapdragon 855 chip, a triple camera system, fast charging, and some of the fastest wireless charging we’ve ever seen.

This phone truly excels in three key areas: the camera zoom, the camera at night, and the battery and charging. However, its display and speaker quality are very forgettable.

This is a slightly more well rounded phone. No, it doesn’t have a camera that can see in the dark or one that you can use remotely. But it shoots consistently good photos in all lighting conditions, it has a really good battery life, a natural sounding dual speakers, and one of the best quality displays you’ve ever seen.

In my opinion this is a thoroughly underrated device. I think a big part of the problem is that the company literally named it as if it was just the Galaxy S10 with a 5G modem. I think a better way to describe it would be “the S10 Ultimate”. It’s got an even larger battery, larger & brighter display, and a quad camera setup. Depending on where you live, you probably won’t be able to take advantage of the 5G functionality but I’d argue that those other improvements alone are enough to justify the extra $200 it costs.

My name is Arun Maini. I'm a 23 year old Economics student who's life's passion is Technology.